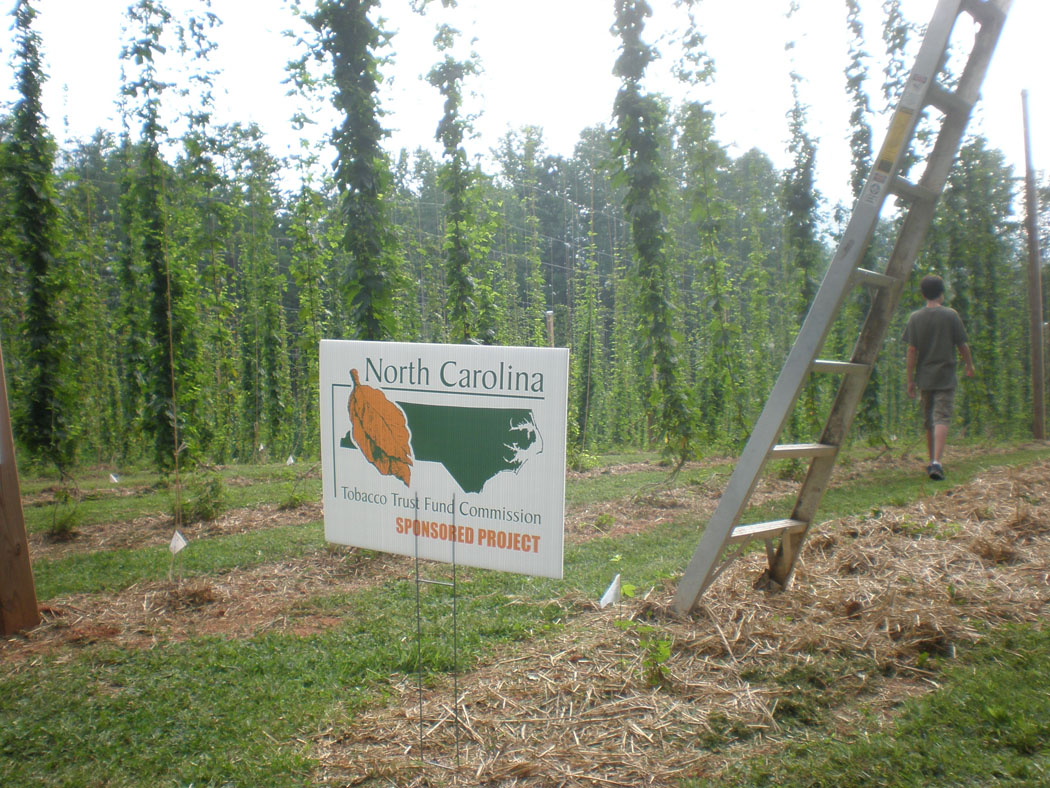 elimination of N.C. Tobacco Trust Fund Commission, which has been instrumental in transitioning our region’s tobacco-dependent agricultural economy to a diverse system reliant on local markets. This decision does not just affect farmers in 2012. It is a decision that affects all of us in the agricultural community forever. Since the Commission has been a loyal supporter of farm diversification grants administered through WNC AgOptions in partnership with RAFI-USA, we are helping to raise awareness on this issue.

The state budget proposed by the Finance Committee in the North Carolina House of Representatives would cut off funding and eliminate the Tobacco Trust Fund Commission.

That would be a mistake, according to a coalition of North Carolina nonprofits that serve family farmers.

“The Tobacco Trust Fund Commission’s funding has shown incredible return on investment in jobs and income in rural communities,” said Linda Shaw, executive director at The Rural Advancement Foundation International – USA, a nonprofit based in Pittsboro.

In the last three years, the program has resulted in $700 million in economic benefits to the state and 4,100 new jobs, according to a recent study by UNC-Greensboro researchers. The benefit comes from a relatively small investment: the $3.6 million distributed to 367 projects.

The program has created $205 new dollars circulating in the economy for every dollar spent, the study concluded.

“If it hadn’t been for the RAFI grant, I would have had to just close the doors and find a job somewhere else,” says 2010 participant Kay Doby, a former contract poultry farmer in Cameron, N.C.

Doby converted her empty poultry barns to serve her expanding meat goat business. “The grant saved my farm,” she says.

The North Carolina Tobacco Trust Fund Commission is funded by tobacco company money awarded to the state as part of the 1998 Master Settlement Agreement.

Shaw says farmers and rural advocates will fight the cuts. “Rural communities have been hit hard in the economic downturn, and this is one of a few state programs that specifically address rural communities.

“The North Carolina Tobacco Trust Fund Commission has been an effective driver of economic growth in North Carolina’s rural communities. It has created jobs, preserved farmland, enabled farmers to innovate and share their ideas, and provided nutritious food to our citizens. We are hopeful that the legislature will do the right thing.”

WNC Agricultural Options is now accepting grant applications from farmers diversifying or expanding their businesses. With funding from the N.C. Tobacco Trust Fund Commission, WNC AgOptions is distributing a total of $216,000 to western North Carolina farmers in 2021. The... END_OF_DOCUMENT_TOKEN_TO_BE_REPLACED

Diversifying farmers in western North Carolina are receiving support to offset the risk of expanding and trying new ventures. WNC Agricultural Options awarded 40 farm businesses a total of $216,000 in $3,000 and $6,000 grants. Funded projects include one of... END_OF_DOCUMENT_TOKEN_TO_BE_REPLACED