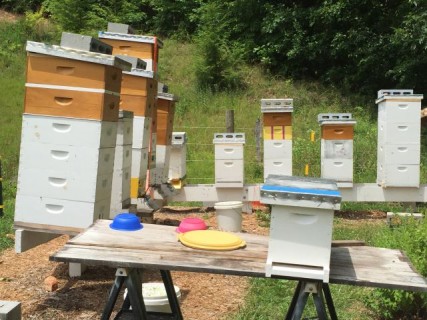 Mikell’s Farm has doubled their existing bee yard so that they are now maintaining more than 30 hives, primarily for honey production. They have invested in Varroa Sensitive Hygenic (VSH) resistant queens, which is a natural way to help hives resist varroa mites, a factor in Colony Collapse. Purchases include hives, sugar, supplements, food grade honey containers, bottles, labels and safety seals. 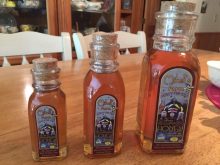 Sharry is particularly interested in increasing production of Sourwood Honey, which she sends to Texas A&M University for testing before labeling it. To claim it as a certain type, the honey should be at least 51 percent of that type. “The test results came back that our Sourwood Honey was 85% sourwood and of excellent quality and purity,” Sharren said. “True Sourwood Honey is worth more than common honey and is rare because sourwood trees only grow in the Appalachian area.” 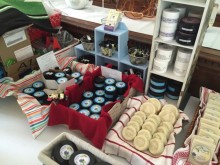 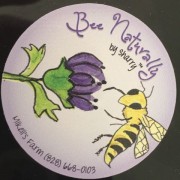 Sharren, who established her first hives in 2013, also uses the beeswax to make “Bee Naturally by Sharry” products such as lip balms, body butters, salves and soaps. She sells her honey and products at several retail stores and other outlets including Foothills Butchery in Black Mountain, McDowell Arts Council in Marion, the McDowell Chamber of Commerce-Visitor’s Center, Wild Mountain Bee Supplies in Asheville, Dolce Vita in Asheville, and the McDowell Hospital Gift Shop. She’s also had success with online sales, marketed through Facebook and Etsy listed as “Bee Naturally by Sharry, of Mikell’s Farm”, shipping to individuals throughout the United States.

The 2021 WNC AgOptions grant cycle is closed.   Please check back in early February for the list of the 2021 grantees! END_OF_DOCUMENT_TOKEN_TO_BE_REPLACED

Diversifying farmers in western North Carolina are receiving support to offset the risk of expanding and trying new ventures. WNC Agricultural Options awarded 40 farm businesses a total of $216,000 in $3,000 and $6,000 grants. Funded projects include one of... END_OF_DOCUMENT_TOKEN_TO_BE_REPLACED

The Year-End Dinner was held on November 8th, 2019 at the Addison Farms Vineyard, a 2019 WNC AgOptions grantee.. Over 50 people were in attendance, including representation from 18 of the 39 projects, members of Cooperative Extension, WNC Communities and... END_OF_DOCUMENT_TOKEN_TO_BE_REPLACED

The 2021 WNC AgOptions grant cycle is closed.   Please check back in early February for the list of the 2021 grantees! END_OF_DOCUMENT_TOKEN_TO_BE_REPLACED

2020 WNC AgOptions Informational Session via Zoom Tuesday, September 08, 2020 5:00 p.m. – 6:30 p.m. RSVP to agoptions@wnccommunities.org to get access information. You are invited to participate in an informational meeting about the WNC AgOptions grant program for growers... END_OF_DOCUMENT_TOKEN_TO_BE_REPLACED